The BPM Festival will make its European debut in Praia da Rocha, Portimão, Portugal this September 14-17!

The line-up has yet to be revealed, but if we can trust the rumors, it will be mind blowing.

The festival, which is known for its progressive vision, underground sounds and family vibe will once again merge cutting edge production within a tropical beach setting.

Europe.. Are you ready for THE BPM FESTIVAL?

Watch the teaser below!

“The thing that never changes: you come to this festival and feel like family”

ABOUT THE BPM FESTIVAL:
The BPM Festival is an electronic music festival founded by Craig Pettigrew and Philip Pulitano. BPM stands for “Bartenders, Promoters, Musicians.” 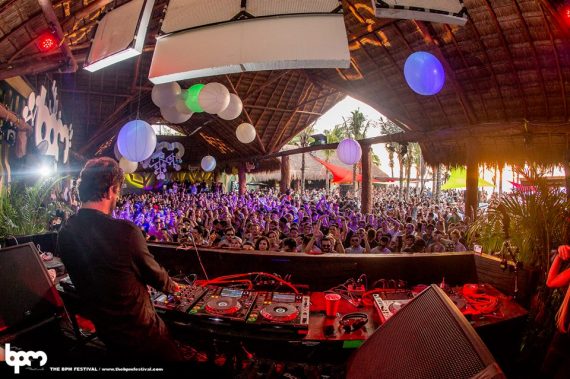 In 2013, The BPM Festival won ‘International Festival from the DJ Awards in Ibiza. And in 2016 was nominated by International Dance Music Awards for ‘Best Music Event’ for a third year in a row, as well as “Festival of the Year” at the first ever Electronic Music Awards & Foundation. In addition, The festival won “Best Festival” in the EMPO Awards in 2015 with a nomination in 2016.

Get your The BPM Festival: Portugal early bird passes are on sale now while supplies last at http://www.thebpmfestival.com/tickets

This news item was published through The Hammarica Network | More information: https://www.hammarica.com